The production hub will be located at Ciudad de la Tele (TV City), a new 22,000m2 campus in Tres Cantos, Madrid, being developed and managed by Grupo Secuoya, a leader in audiovisual production services. It will be a central facility for Netflix’s growing slate of Spanish-language original content over the coming years including new and existing titles produced by Netflix, as well as series and films made by production partners for Netflix.

As part of the multi-year partnership, Grupo Secuoya will provide facility management and other services to Netflix, including being the exclusive production services partner for projects based at the Ciudad de la Tele campus. Netflix will take occupancy of three 1,200m2 sound stages from September, with the option to occupy additional space as construction completes. 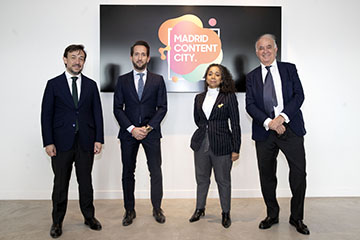 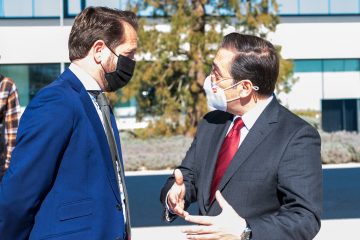 In order to offer you a better browsing experience in the domain and subdomains of Madrid Content City, we use our own and third-party cookies that help us improve your browsing experience, protect your privacy and adapt to your preferences. We use personalization and analytical cookies to create profiles based on browsing habits and show you useful content. You can accept all cookies for all our domains by pressing the "Accept and continue browsing" button or configure or reject their use by pressing the "Configure cookies" button.

This website uses cookies so that we can offer you the best possible user experience. Cookie information is stored in your browser and performs functions such as recognizing you when you return to our website or helping our team to understand which sections of the website you find most interesting and useful.

These cookies are needed to provide basic functionalities as you browse Roots websites.

If you disable this cookie we will not be able to save your preferences. This means that every time you visit this website you will have to activate or deactivate cookies again.

This website uses Google Analytics to collect anonymous information such as the number of visitors to the site, or the most popular pages.

Please enable strictly necessary cookies first so that we can save your preferences!